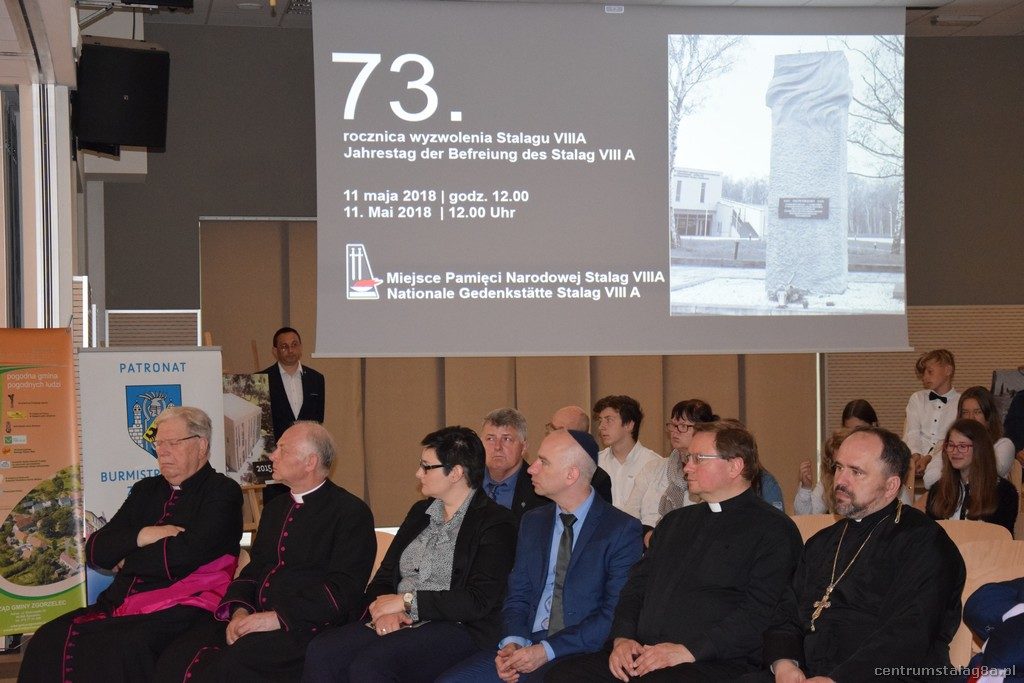 As the first Red Army patrols entered the former Stalag VIIIA on May 8, 1945, all they found were the non-evacuated sick and incapacitated prisoners, accompanied by over two hundred Polish prisoners – tuberculosis patients brought here in April 1945 from the hospital in Tangerhütte. The last guards had left the camp in the evening of May 7.

The camp’s administration was temporarily taken over by the Red Army. According to some sources, the new supervisor made use of the disbanded stalag’s facilities to incarcerate Vlasov army soldiers and some civilians. In autumn 1945, the former camp was handed over to Polish authorities and then rendered to the Polish military. The stalag served as a temporary camp for Germans displaced from Bogatynia and other locations. In the following years, the barracks were gradually dismantled – the wooden ones probably scavenged by the incoming settlers for firewood; building materials salvaged from the brick barracks were reused for reconstruction of Warsaw.

Even though the newly established People’s Republic of Poland eagerly brought up the subject of POW camps to fuel anti-German propaganda against the Federal Republic of Germany, nobody was in fact interested in the fate of the former stalag site. Nor in the mass graves of the victims: prisoners who died in the epidemics that broke out in the early days of the stalag, and the Soviet POWs – victims of the inhuman treatment by the Germans. POWs from Western Europe who died in the camp in Görlitz-Ost were buried in the Roman Catholic cemetery in Pinsk (Penzig), or the Evangelical cemetery in Görlitz. After the war, some of the graves were exhumed, some remain in their original locations, unmarked. Some of the burials took place in the cemetery in today’s Zgorzelec, and it is here that the graves of the prisoners of war are until today.

In 1949, the German Democratic Republic is founded, with the new border delineated along the river Nysa. The young state did not feel responsible for the crimes of the Nazi regime either, believing that the very fact of belonging to the socialist block took the burden of guilt off their shoulders. The topic of the former stalag was non-existent in the Polish-German relations. 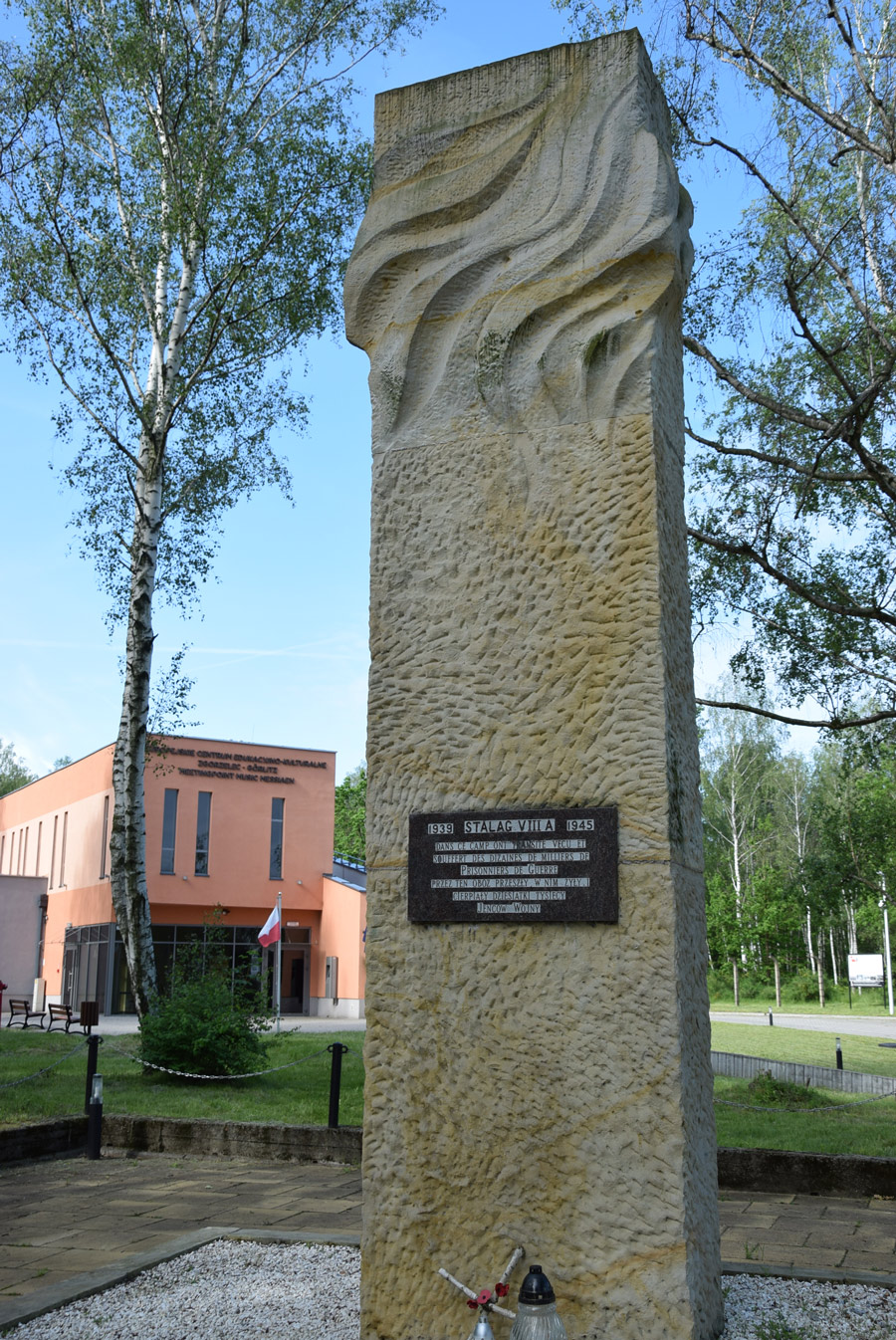 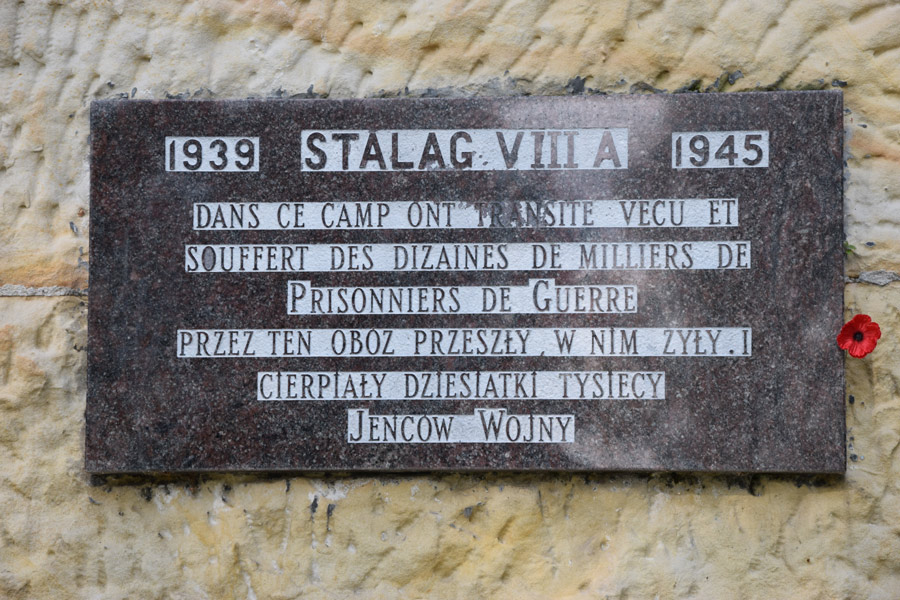 In the early 1960s, the area where Soviet POWs were buried was tided up and a symbolic cemetery was established. Two plaques where placed on a large boulder: the inscription in Polish on the first one reads: “Honour and glory to the Soviet POWs of Stalag VIII A who died in 1942-1945”. This plaque was funded by the Polish authorities in 1964. The other one, placed in 1965 by former French prisoners of war, reads in Polish and French: “The prisoners of Stalag in honour of their colleagues of all nations who died in captivity. August 1965”.

In the early 1970s, the French Association of Former Prisoners of Offlags and Stalags in Military District VIII undertook to build a monument to commemorate the POWs’ plight, and started fundraising among French and Belgian veterans. The monument was designed in the Studio of Fine Arts in Zielona Góra, with the main part made by the local artist Tadeusz Dobosz. It was placed in the former location of the camp’s command post and unveiled on 22 July 1976. In 1994, a plaque in Polish and French was added thanks to the efforts of French veterans, saying “Stalag VIII A, 1939-1945. Tens of thousands of prisoners of war lived and suffered in this camp”.

A local history teacher, Roman Zgłobicki, contributed greatly to preserving the memory about the former POW camp Stalag VIII A. His research, effort and gathered materials enabled him to organize a Chamber of Remembrance dedicated to Stalag VIII A in Zgorzelec in the first half of the 1970s. Roman Zgłobicki is also the author of several publications on topics related to prisoners of war in the area, including such fundamental one as the “War Camps and cemeteries in Zgorzelec”, published in 1995 and still serving as the main source of information about the prisoners of the Third Reich in former Görlitz-Ost.

Hannelore Lauerwald, a journalist and author of “In fremdem Land. Kriegsgefangene im Stalag VIII A Görlitz. Tatsachen, Briefe, Dokumente (Görlitz 1997)” and “Primum vivere. Zuerst Leben. Wie Gefangene des Stalag VIII A Görlitz erlebten (Bautzen 2008)”, was also involved in the topics related to Stalag VIIIA and the everyday life of the prisoners of war in Görlitz.
Since neither of the bordering countries and nations were interested in the matter, the memorial site fell into gradual degradation. As the time passed, the remnants of the stalag gave way to a dense birch forest, high grass, moss. The vegetation ate away whatever remained of the buildings: the foundations of the barracks, the water tank for the camp kitchen, the kitchen itself, as well as remains and fragments of the fence.

It was not before the early twenty hundreds that some changes came about. In 2002, Dr. Albrecht Goetze (1942-2015), a literature historian, film director and music lover, came to Görlitz to see the place where Olivier Messiaen composed his famous “Quartet for the end of time”. While studying the musician’s work, he learned about the whereabouts and circumstances in which the piece was written. The short visit turned into a ten-year stay and extended effort towards establishing a European meeting place that would combine the past of Stalag VIII A with the future, science with art and music – aiming to bring together nationalities, cultures and world views. By the initiative of Dr. Goetze, the Association Meetingpoint Music Messiaen was founded in Görlitz in 2007.

Dr. Goetze took up to recover both nations’ lost memory about the outstanding composer’s imprisonment in POW, and to revive the consciousness about the place. The Association has greatly contributed to increasing interest in the history of the stalag and the fate of the prisoners of war.

The establishment of Meetingpoint Music Messiaen e.V. resulted in talks between the representatives of the association and the local government of Görlitz and representatives of the local government of Zgorzelec, i.e. the Municipality of Zgorzelec and the Zgorzelec Starosty, about construction of a memorial marking the existence of the camp on the site of the former stalag, as well as creating opportunities for cooperation and activities aimed at regional integration and promoting the historical memory of both towns and the region. As a result of these negotiations, a decision was made to build an object that would symbolise both the tragic past and the common future on the site of the stalag. Such Centre was to become a place of commemoration and meeting; a place where the memory of the difficult historical heritage and dramatic past would be intertwined with modern forms of cultural exchange between the communities living at the crossroads of the three borders, and a place of educational activities looking forward to a united Europe.

The application was drawn up by Poland and submitted under the EU’s ETC programme Saxony-Poland 2007-2013 in 2009; after many adjustments, the construction finally started in January 2014. The Municipality of Zgorzelec provided part of the land needed for the project, and the local authorities of Zgorzelec, i.e. the Municipality of Zgorzelec, the Commune of Zgorzelec and the Zgorzelec Starosty, provided the financial means to cover the necessary own contribution. The project’s leading partner was the Centre for Entrepreneurship Support Foundation (in Polish: Fundacja Centrum Wspierania Przedsiębiorczości, current name: Foundation Memory, Education, Culture or Fundacja Pamięć, Edukacja, Kultura), while the German partners of the project were the Meetingpoint Music Messiaen e.V. Association and the Starosty of Görlitz. As soon as January the following year, the building of the European Centre for Education and Culture (current name: European Centre Memory, Education, Culture, or Europejskie Centrum Pamięć, Edukacja, Kultura) was officially opened for use.

From that moment on, the Centre has hosted a number of activities bringing both societies together, with special focus on the young. Many cross-border and international projects have been carried out, such as conferences and seminars on the history of Stalag VIII A, international history workshops, concerts and other events for young people and adults. The first components of what is to become a permanent exhibition about the former camp have been prepared by Meetingpoint and are displayed at the Centre too. 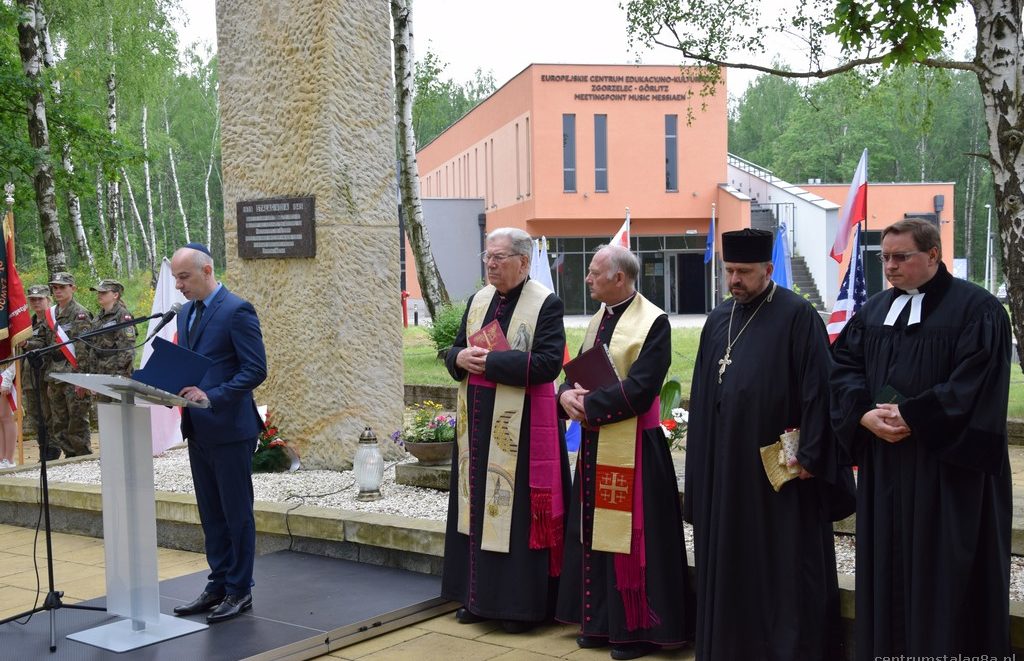 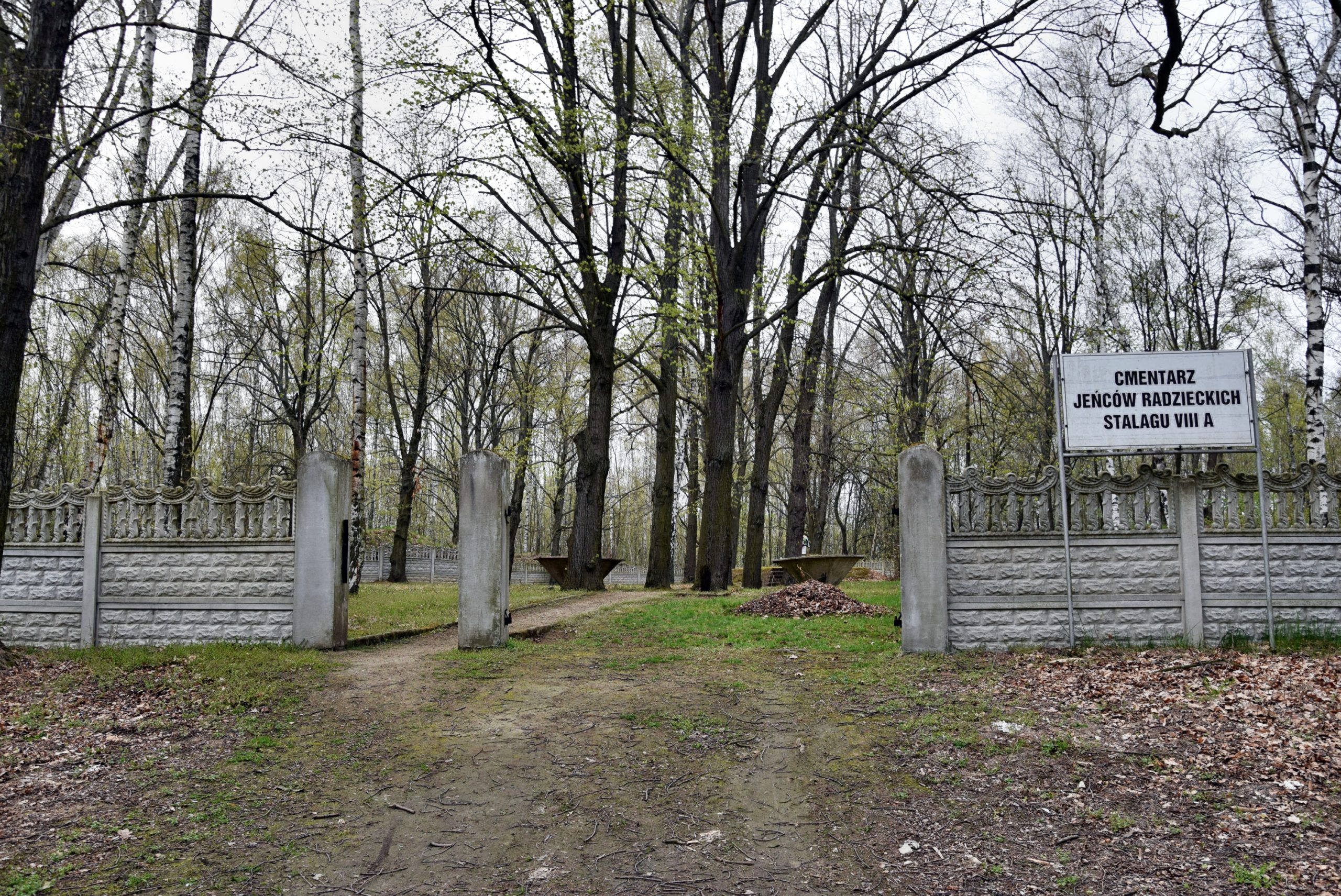 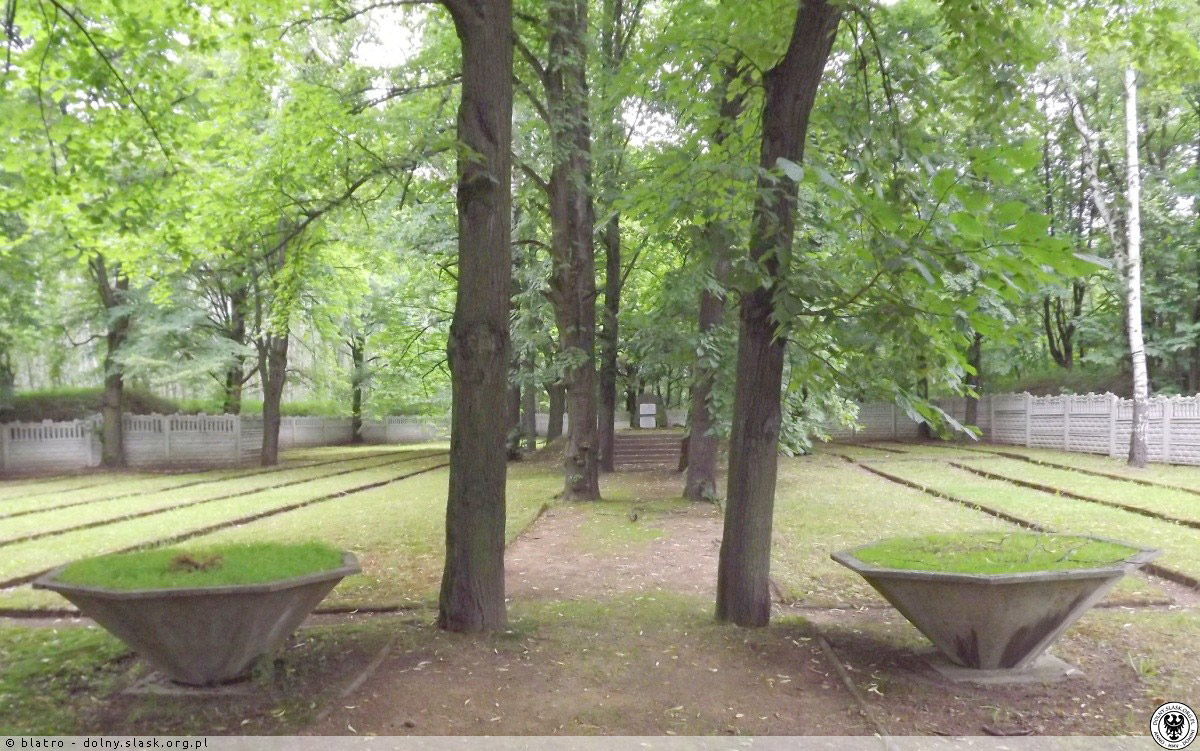 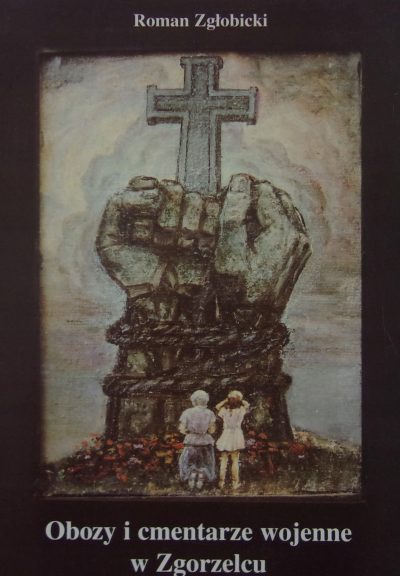 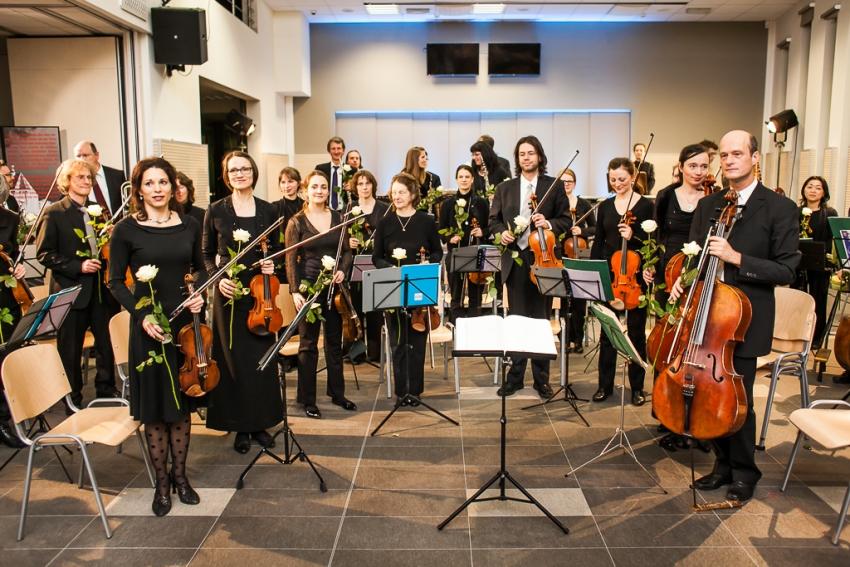 Since January 2015, the Centre has been visited by several thousand guests – concert audience and workshops participants, families of former prisoners of war coming from all over the world, as well as tourists sightseeing the Polish-Saxon border region.

Starting from 2008, on January 15 each year, even before the Center was built, Meetingpoint Music Messiaen e.V., in cooperation with the local government bodies of Zgorzelec have organised an annual concert at the site. The event commemorates the first, 1941 performance of the “Quartet for the end of time”, in honour of all those who had strived through the years in captivity, and lost their lives here. In 2017, this one-performance musical event was transformed to become a musical festival, now known as Internationale Messiaen-Tage, an event enriched with an array of lectures, workshops for young people and a guided tour of the stalag.

Every May since 2017, under the obelisk at the site of the former stalag, the Memory, Education and Culture Foundation has commemorated the camp’s liberation. The events are attended by representatives of local authorities and invited guests, but also young people from schools in Zgorzelec and residents of Zgorzelec and Görlitz. An ecumenical prayer recited by clergy of several denominations is a touching moment in these ceremonies, evoking the memory of POWs originating form many nationalities and religions.

On top of the its educational and cultural undertakings geared towards raising the awareness of the region’s cultural and historical heritage, the Centre aims to cultivate the memory of the former German POW camp Stalag VIII A among European societies, with specific but not exclusive focus on Poland and Germany. In fact, the institution was renamed to European Centre Memory, Education, Culture in order to emphasise the importance of its activities related to preserving the historical memory connected with the camp.