In the spring of 1940, Cardinal Adolf Bertram, residing in Breslau (or Wrocław in Polish), commissioned Father Franz Scholz to organize a pastoral ministry in Görlitz-Ost. Görlitz (Zgorzelec) at that time was mostly an evangelical town. Therefore, to cater for the needs of migrants – coming in droves mostly from Upper Silesia, and perhaps most importantly – to answer the needs of numerous soldiers stationed there, a decision was taken to build a Catholic church on the right side of the Neisse in the mid-1920s. The new temple was consecrated in May 1930 and devoted to St. Boniface. However, it never became a separate parish.

In December 1940, the Archdiocese of Breslau took over administration of the church and established an independent parish there. In his memoirs, Franz Scholz said that the POW camp was the reason for Cardinal Bertram to delegate him as the only priest and to establish the parish. From then on, every two weeks, Father Scholz rode his run-down bicycle to the stalag and celebrated masses for the prisoners. In summer – in the open air on the roll call square with thousands of participants. In winter – inside the chapel, for several hundred faithful. Even though he was only allowed to preach in German, he always tried to include a few words of encouragement in French and Polish.

Who was Franz Scholz? He was born in Breslau in 1909.
His parents had been Catholics and Silesians for generations. He was the second of eleven children of Franz and Helena Scholz. As a young boy, while wandering with his father and siblings through the area around the city, he met Polish seasonal workers for the first time. Then he saw them again in the parish church and heard them singing. This experience left a lasting impression.

After graduation in 1929, he began studying Catholic theology and social science of the Church in Breslau and Freiburg im Breisgau. It was then that he began to pursue his dream: to learn the Polish language. Between 1930 and 1937, he visited Poland several times: first as a cleric, later as a priest. His knowledge of Polish proved most useful when providing help and pastoral care to Polish seasonal workers. At that time, up to 100,000 women and men worked in central Germany each year. During his vacation, Franz Scholz travelled with his priestly ministry around over a dozen, often quite distant, towns.

From the moment of his ordination (1934), Father Scholz continued his studies, working on his dissertation, and in 1940 was conferred a doctorate in theology.

In Görlitz-Ost, apart from prisoners of war and his German parishioners, Father Scholz also provided pastoral care for Polish forced labourers. For them, he celebrated a mass once every month; although the Polish language was forbidden, Father Scholz managed to obtain a special permission from the Gestapo to read a censored short sermon in Polish.
In the fourth year of the war he learned about German crimes in Poland from vacationed soldiers. By his own account, this knowledge came as a tremendous shock. All he could do was pray and repent. Together with a group of trusted parishioners he secretly placed a penitential cross near the church on the night of September 13, 1943. The cross bore a Latin inscription reading “Stat crux dum volvitur orbis”, or “The Cross stands even when the world is in turmoil”. The road by which the church stood carried prisoners of war walking in columns for work and returning to the stalag daily. The penitential cross, erected 76 years ago, still stands in Zgorzelec today.

In late 1944, as the front was getting closer, some crucial changes came about in the life of Görlitz. A wave of fugitives fleeing from the incoming Red Army is rolling through the town. Finally, an order is issued to evacuate the inhabitants. Some of them decide to stay, in fear of a risky escape through the freezing winter. The priest stands by his parishioners for better or worse. The first Russian patrols enter Görlitz-Ost on 8 May 1945. Several few weeks later it becomes clear that Görlitz-Ost will be part of Polish territory, with the new border on the Nysa river. Freed Polish prisoners of war and Polish forced labourers testify before the new authorities in favour of the priest, attesting to his support and stance in difficult moments of their wartime existence. 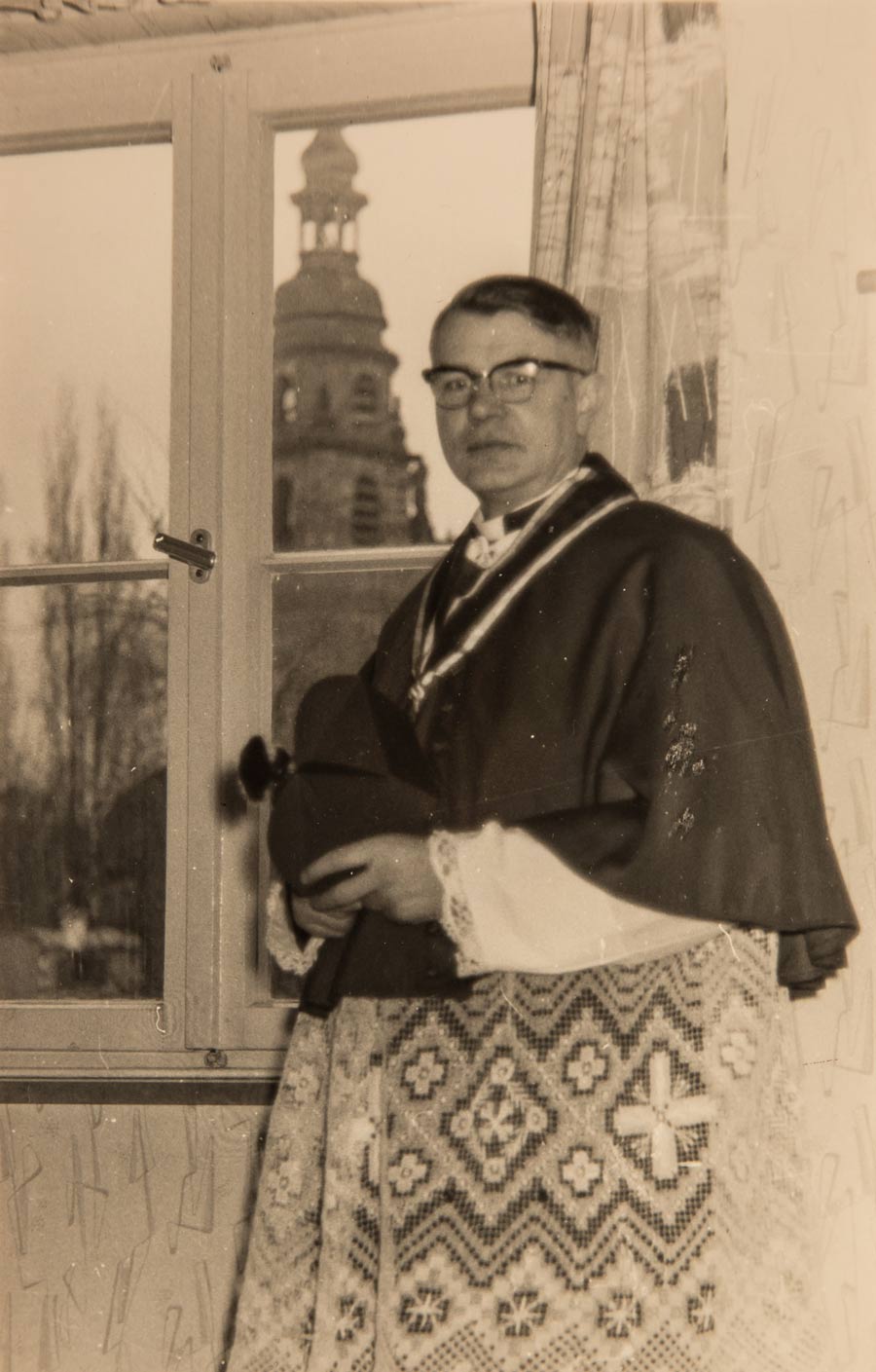 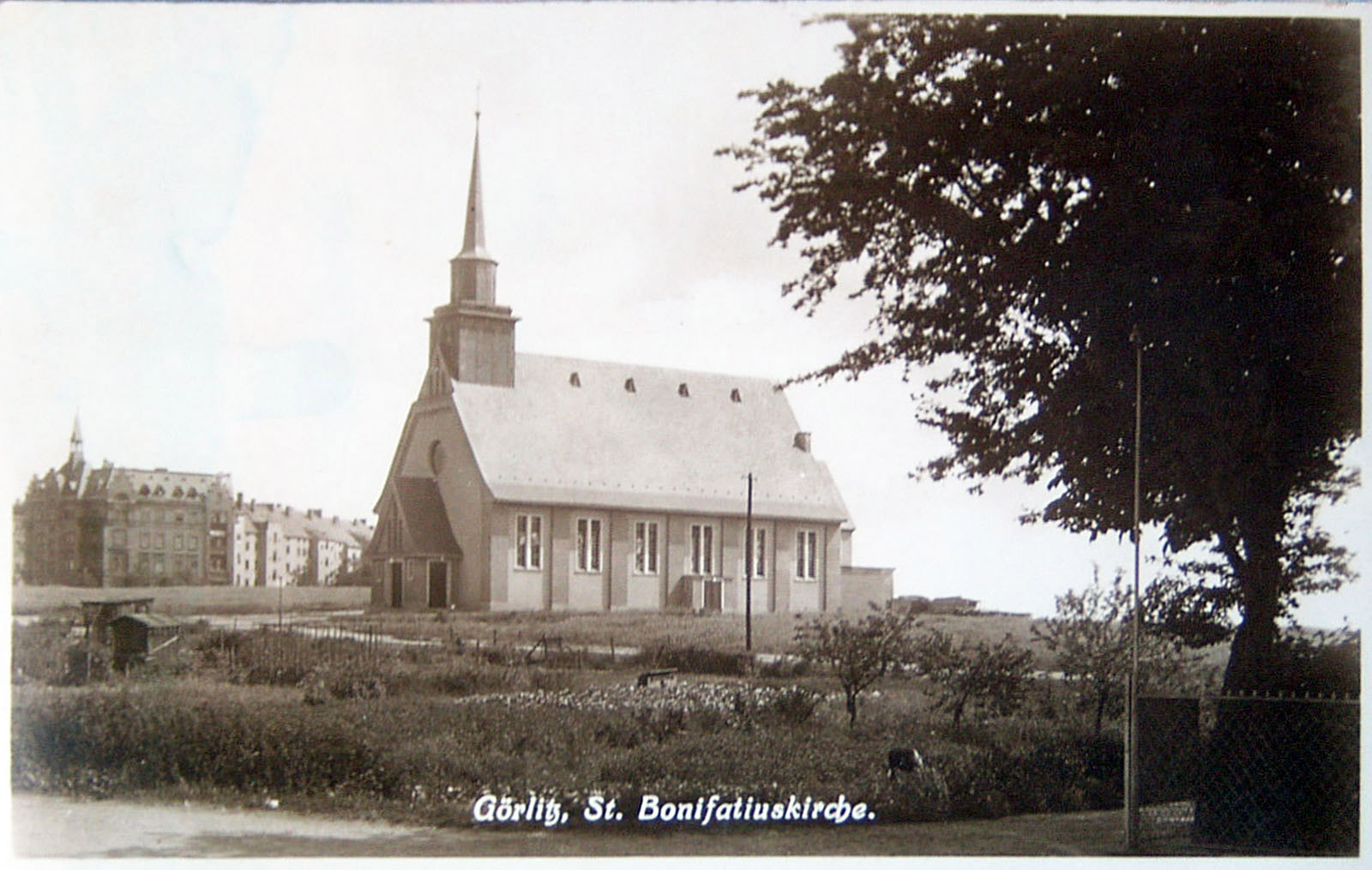 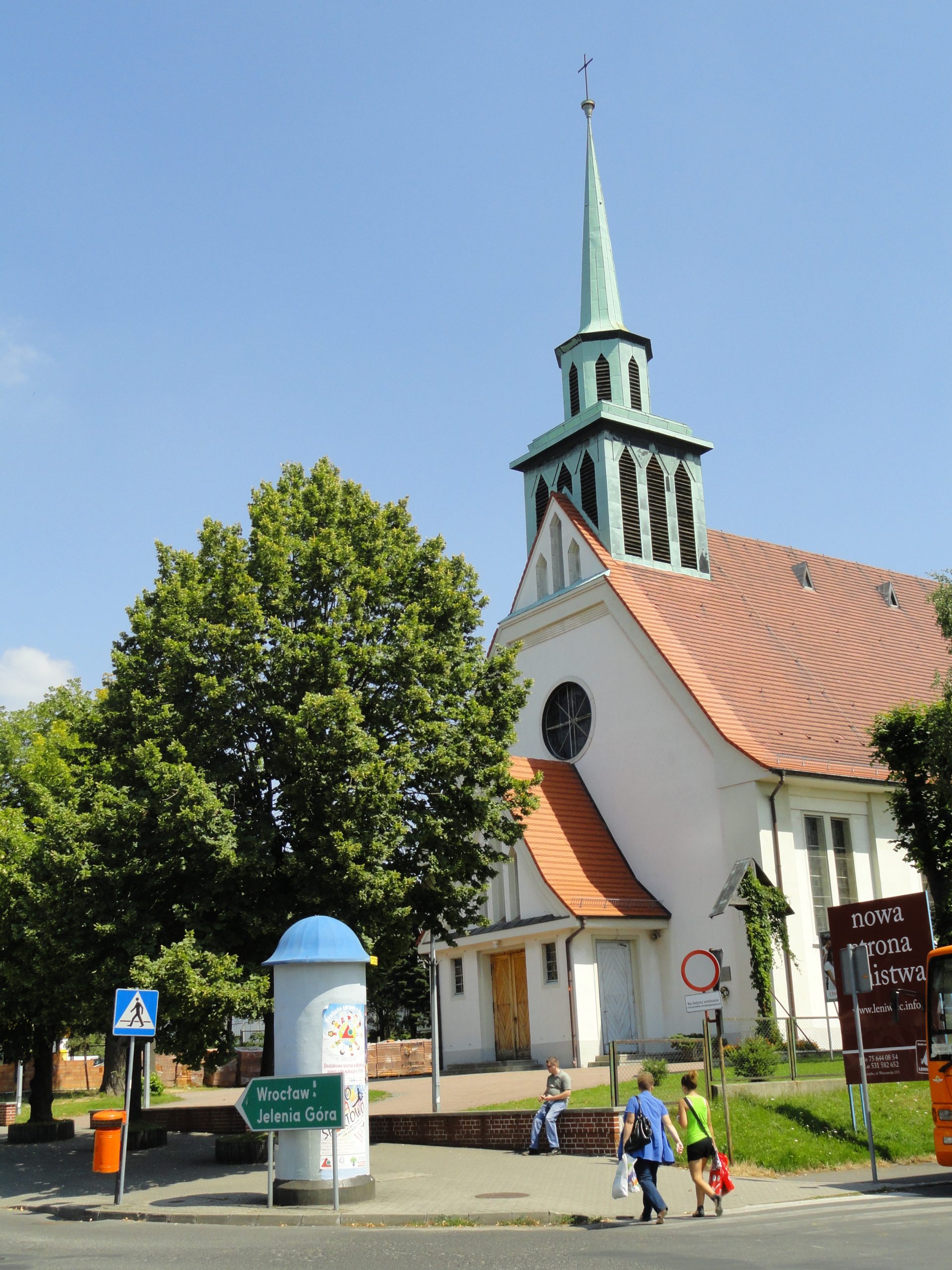 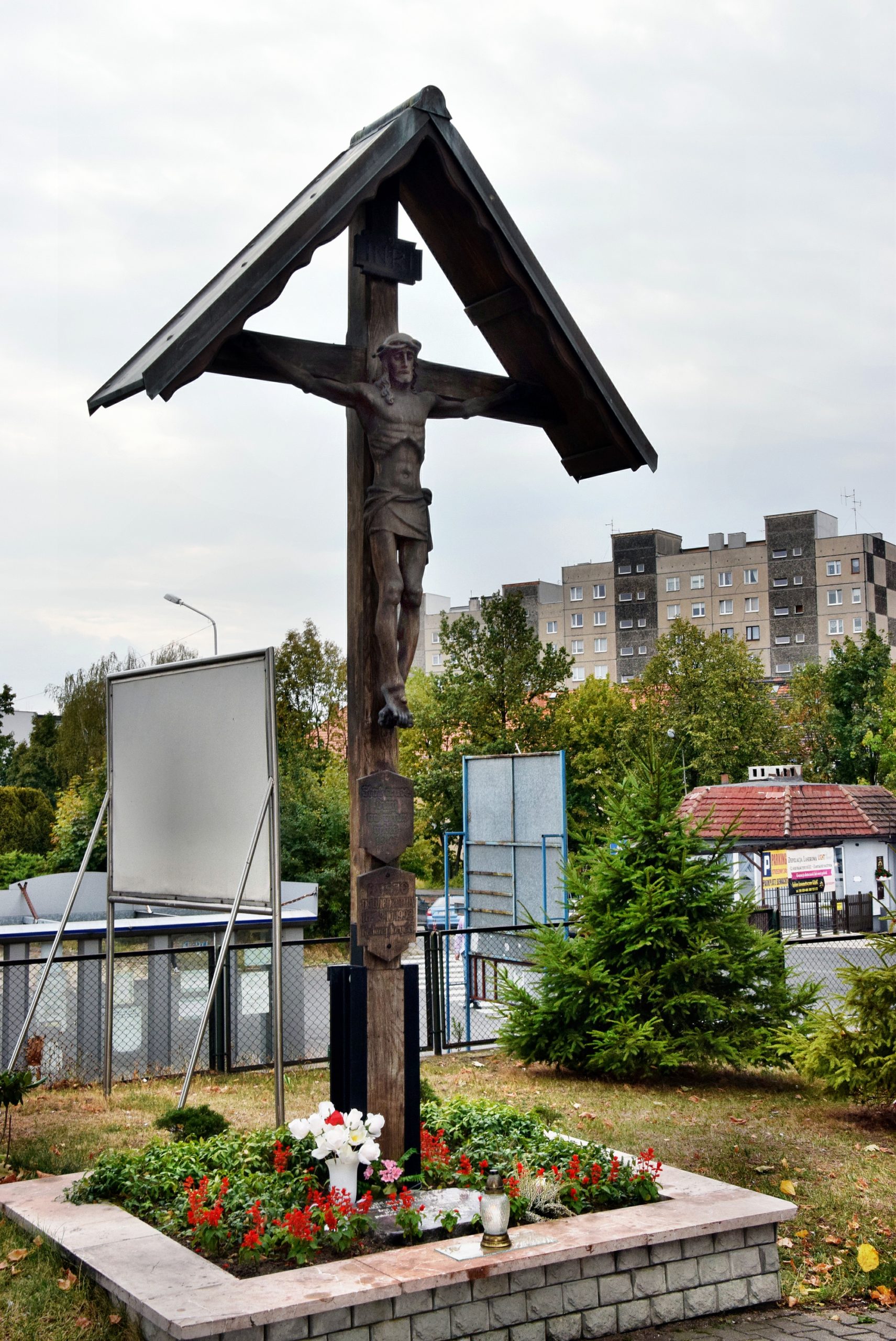 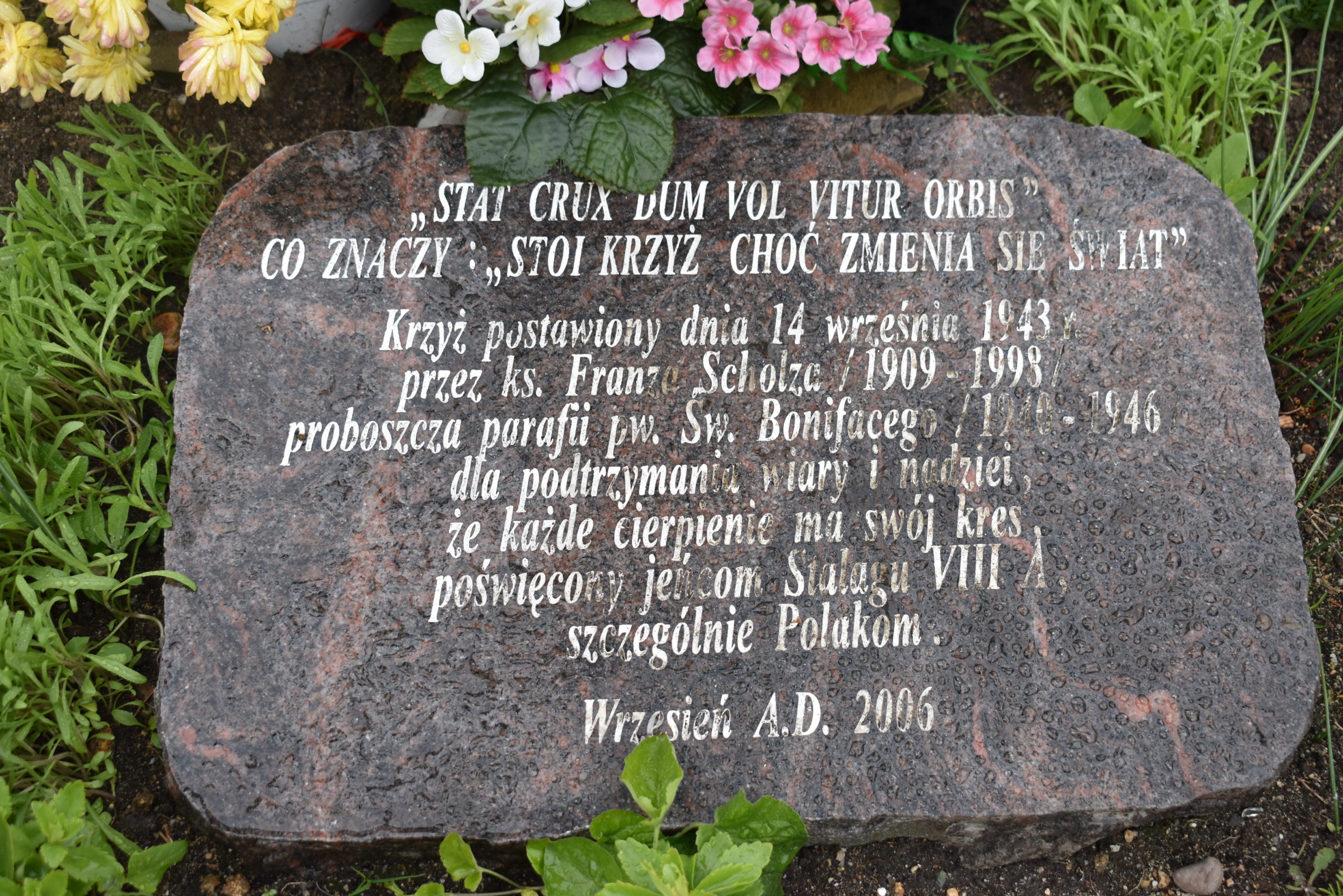 Harsh regulations issued by the new authorities do no harm to the priest, even though most painfully affect other Germans. Now, he is trying with all his strength to relieve the plight of his compatriots, taking advantage of the lenient treatment by the Polish administration. Franz Scholz describes this dramatic time in his diary Görlitzer Tagebuch 1945/46.

At that time, as the only Catholic priest in Görlitz-Ost, he quickly gains new Polish parishioners, who in turn offer their respect, trust, and all-important support to get through difficult times. He also visits the already disbanded camp to tend to the sick soldiers who remained behind. In June 1945, on Corpus Christi, he leads a huge procession. He is accompanied by a high-ranking Polish officer and a high county official, and the canopy is carried by four Polish soldiers. Many Polish soldiers join in the procession, Polish and German parishioners take turns singing Polish and German Eucharistic songs.

However, in the spring of 1946, the political situation gets tense, leading some people to believe that Franz Scholz is above all a German, and so demand his removal. His further stay in Zgorzelice, as the former Görlitz-Ost is now called, becomes impossible. The decision to leave was facilitated by the arrival of a young priest to Zgorzelec, whom he recalls as his confidant. In April 1946 Franz Scholz leaves his parish and mid-May he manages to cross the border illegally. He stays in Görlitz for more than three years working for Caritas, looking after the displaced and fugitives, especially children – orphaned or otherwise left alone.

A few days after the establishment of the German Democratic Republic in October 1949, Father Scholz illegally leaves Görlitz and makes his way to West Germany.

Initially he taught moral theology in Königstein (Taunus), while continuing his studies. In 1955 he received his habilitation. From 1956 to 1971 he is a professor at the University of Philosophy and Theology in Fulda and teaches classes at the universities of Marburg and Frankfurt am Main, where he receives the title of university professor. From 1972 to 1976, as full professor, he taught moral theology at the Faculty of Catholic Theology at the University of Augsburg. In 1976, after his retirement, he became parish priest in Klein-Zimmern, Darmstadt-Dieburg district.

Professor Franz Scholz died on 1 September 1998 in Dieburg, where he was buried.

In September 2018, a plaque commemorating Father Franz Scholz was placed on the wall of a house at 7 Czachowskiego Street (formerly Götzenstraße) in Zgorzelec.